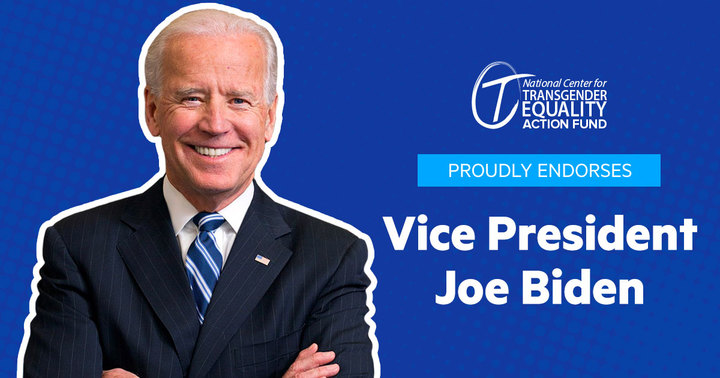 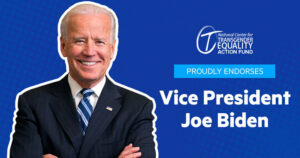 “Joe Biden is the advocate and president we need at this consequential moment. He has the temperament, the experience and wisdom to lead our country. Throughout his career in public service, work as a private citizen through the Biden Foundation, and now his campaign to lead our nation, Biden has demonstrated his commitment to transgender people and the LGBTQ community,” said Mara Keisling, executive director of the National Center for Transgender Equality Action Fund.

“Biden has a strong agenda for addressing the issues that face transgender Americans, a record of getting big ideas done during his time as Vice President in the Obama-Biden administration and a history of ensuring that transgender people are protected, including protections for transgender women as part of the reauthorization of the landmark Violence Against Women Act he authored. Over the years he has consistently made clear that ‘Transgender equality is the civil rights issue of our time.’ With Joe Biden, we know we will be engaged, we will be seen, and we will not be erased.”

“The idea that someone can tell you that you can’t be who you are in your heart and soul is just wrong,” Biden said during the interview.

“The Trump administration is really the discrimination administration,” Keisling said. “President Trump has attacked transgender health care, put transgender students unnecessarily at risk and led a consistent and unrelenting effort to rollback protections for LGBTQ Americans. Joe Biden is the clear choice for president of the United States, and the NCTE Action Fund is proud to endorse him.”